I have always been a fan of the Macy’s Thanksgiving Day Parade. As a little girl I would wake up early and watch the Broadway shows perform and anticipate the Rockettes kicking off the start of the parade. I think this is where my love of theater, NYC and parades came from.

I remember the year we decided we would stay in the city and host Thanksgiving (8 of us sleeping my apartment and 11 people over for dinner) all because I wanted to attend the Macy’s parade because it was on my bucket list. I learned a lot of things that I thought may help others who are planning to attend.

See the Balloons being blow up the night before

My recommendation is to spend the afternoon at the Natural History Museum on the day before Thanksgiving. You’ll see one of the greatest museums, but also you’ll get sneak peeks of balloons being blown up. The section off 79th st and Columbus Ave and circle around the Museum for all of the balloons in the parade. You’re able to walk around between 3pm-10pm and watch them being inflated. It’s so neat, but very crowded. Seeing them up close is something you won’t forget and definitely a part of the experience.

I know what you’re thinking the parade doesn’t start till 9am, but I would recommend you’re there no later than 6am. There’s a lot of people who come out even early, so be prepared. They say you can’t take chairs, but I saw people with small folding stools, and would personally take one next time.

This may seem strange, but the busiest places are where the parade starts and ends so you want to stay away from those. We were around 63rd and Central Park West and I would go back to that area again.

It could be a beautiful day where all you need a sweater and fall jacket, or it could be the coldest day ever so wear layers. I also recommend purchasing some hot hands and feet. They will make a different if it’s really cold.

It’s early and you’ll find your tummy starts to grumble around 8:30, so bring a power bar or breakfast bar. Something that will tide you over to lunch.

This was the scary part for us. We kept the coffee and hot chocolate to a minimum, because there’s nowhere to go. Sure there’s a Starbucks on every corner of the city, but they seem to disappear during the parade. I do recommend finding a restaurant close to where your standing. You may have to purchase something, but it’s worth it.

While we waited for the parade to start we made friends with people around us. This made watching a better experience and we would guard each others area if we saw someone trying to sneak in. People will do this and the side eye is totally acceptable because you’ve been there since 6am and have earned your spot.

If none of these things sound like fun, but you really want to see the parade, then I suggest you splurge and get a hotel room where you can see all the action from the windows. You only live once and if this is a bucket list item then go for it.

Have fun, wave and take pictures

I think this was one of my favorite things I’ve done with my family because we really had a lot of fun. I got so excited when Kermit the frog waved at me and I’m glad we took photos of us because I can always look back and get a good idea of how big the balloons and floats really are.

What to know about attending the Macy’s Parade

For us this parade was about doing something we’ve all always wanted to do and I’m so thankful to say I’ve marked it off my bucket list. I’m also looking forward to the day I will take the kids, but I’m waiting a few more years for this and who knows maybe one day I’ll get to live out another bucket list item and be one of the balloon holders! 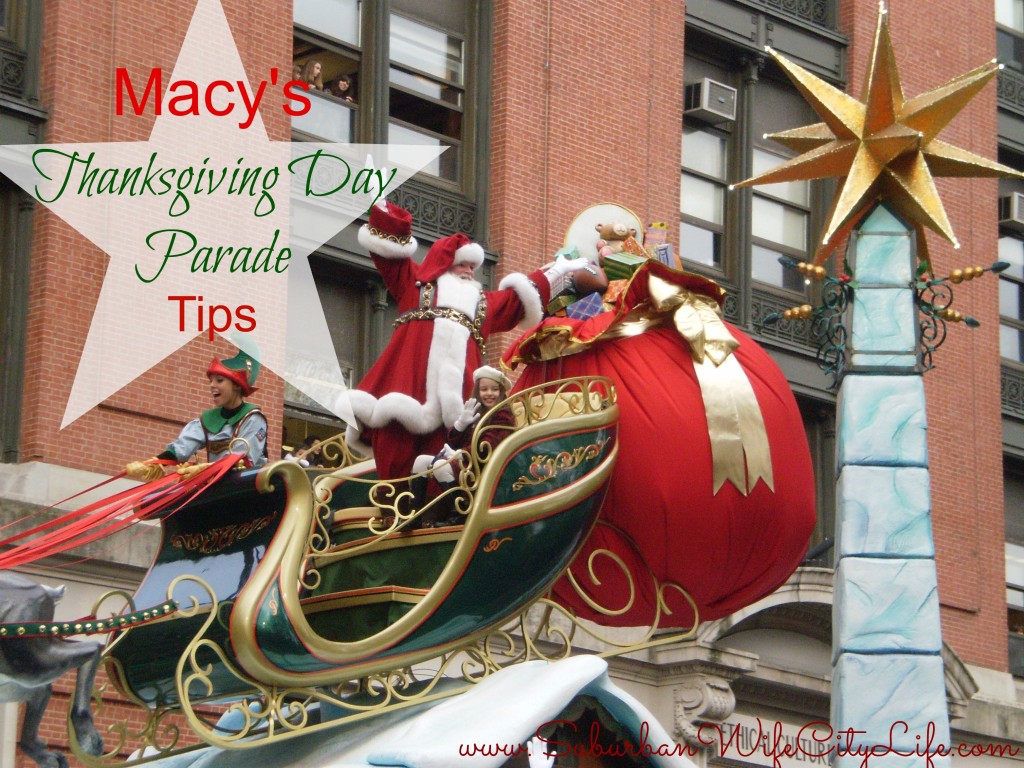 Planning a trip to NYC? Don’t forget to check out my other tips and things to do: