Games are huge for my family, and I’ve got quite a few posts: Mystery Games and Puzzles, Games for 2 people, are just a few of my favorites to share, and while we enjoy pulling out a game board, we’ve also had a lot of fun finding our way out of virtual escape rooms.

What is a virtual escape room?

A virtual escape room is all about solving riddles, and puzzles to get out of a situation. There’s usually a theme of some sort and some questions you’ll need to answer about that subject while others are just about figuring out clues that incorporate the theme. What’s great is you can do this through a Zoom call with others, as long as someone is willing to share their screen. 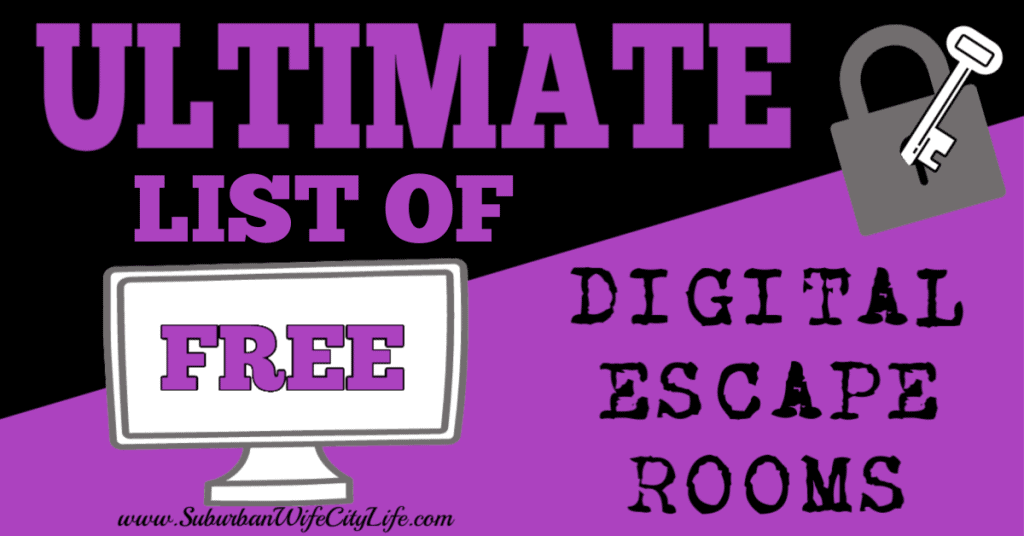 Of course it would be nice to head to a physical escape room, but if you don’t have the capacity or resources these make a great backup plan. Make sure you pin/bookmark this page as I’ll be updating it as I find more, but with over 70 Free virtual escape rooms there’s something for everyone!

How to make your own Digital Escape Room

So many options and hours of fun are ahead. If you’re inspired to make your own BeSpoke Classroom has a great breakdown for how to make your own using Google Forms, and if you do please let me know so I can add it to the list!

Tell me what’s your favorite virtual or digital escape room?