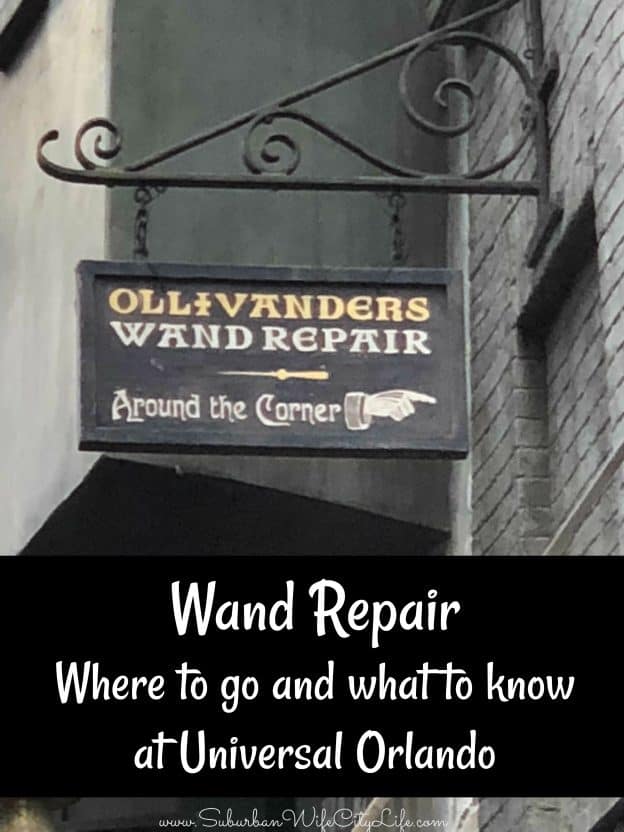 It doesn’t matter if you’ve had your wand for years or gotten it that day sometimes a wand needs a quick repair to ensure it’s working properly.

What to do when your wand stops working at Universal

For us we noticed half way through the day that our spells weren’t working at the designated spots. When a fellow wizard tried to use the wand he also had some problems and that’s when he recommended we take our wand to the repair shop.

Where to get your wand repaired at Universal Orlando

The tip of the wand can sometimes get scratched making your wand less effective. A quick stop to the Owlery on the Hogsmeade side and our wand was taken to the back and fixed within a few moments. If you’re in Diagon Alley Ollivanders can also repair a wand.

What’s the fee for a wand repair at Universal Orlando?

There’s no cost to have your wand repaired and I’m so glad the wizard recommended us try that as we were able to cast spells easily throughout the park after the check up.

Have you ever had your wand repaired?

Make sure you check out my other Universal posts:

How to find your wand at Universal

Today the wand Chooses Me shirt